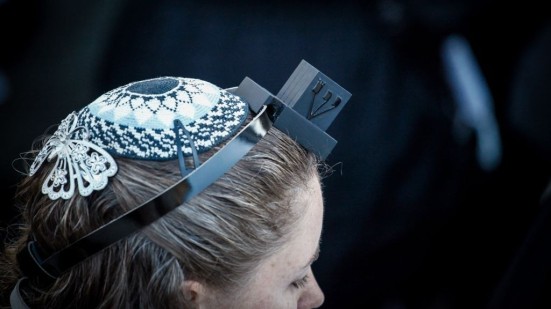 Devon is currently seeking opportunities for rabbinical student work throughout North America and would welcome the opportunity to talk about how she can support the vision and desired goals of your community. Her expertise includes: social entrepreneurship, human rights, asset-based community development and improved communications and program delivery with a goal of pivoting an organization to meet the needs of the unheard.

Devon spent her first year of rabbinical school working with families in a small Canadian Jewish community. There, she developed a Jewish experiential education curriculum called “Adventure Judaism” for students to engage in hands-on and kinesthetic Jewish study after their bar or bat mitzvah.

She also designed and implemented the first quantitative and qualitative needs assessment of youth there and prepared students for their life cycle events by practicing Torah trope and prayer, talking out and researching ideas for their sermons and spiritually forming the students according to their interests, abilities and gifts. Devon also worked in collaboration  with synagogue and lay leadership to change the direction of a service and make use of a new High Holiday mahzor.

Devon further worked in collaboration with Reform, Modern Orthodox and unaffiliated leaders to develop the first Jewish social programs for the Jewish community by large, including a Jewish young professionals network and women’s group.

During this time, Devon also served as a member of the first Sisterhood of Salaam Shalom chapter in Canada and co-created the first coalition of rabbis in Canada to publicly condemn islamophobia and foster the first collaboration between these clergy and leadership of national Muslim organizations.

Devon was also pleased to provide written resources and support to the City Museum of New York and the London Institute for Jewish Studies in the areas of religion and public life, gender violence and trauma-informed health care, respectively. She was also grateful to be a thought partner with staff from the Harold S. Grinspoon Foundation in widening their children’s book collection to include literature for LGBT children, parents and allies.

In 2017, Devon has led alternative and mindfulness-based High Holiday services for Hillel at the University of Waterloo and co-directed a cohort for Jewish Social Entrepreneurship there. She has also produced a bestselling book with images of Jews as they are (Jews of Colour, Jews in palliative care, Jews aching and feeling) in poetry and painting, while creating a Kabbalat Shabbat book (“Better Angels”) that is currently being incorporated into home-based, intentional Jewish communities in the United States.

In 2018 Devon was selected as a Rabbinic Fellow in; (a) Human Rights Leadership by T’ruah: The Rabbinic Call for Human Rights and; (b) Religion and Public Life by JOIN for Justice the Jewish Organizing & Training Institute. She also served as a Scholar-in-Residence for the Canadian Jewish Political Affairs Committee.